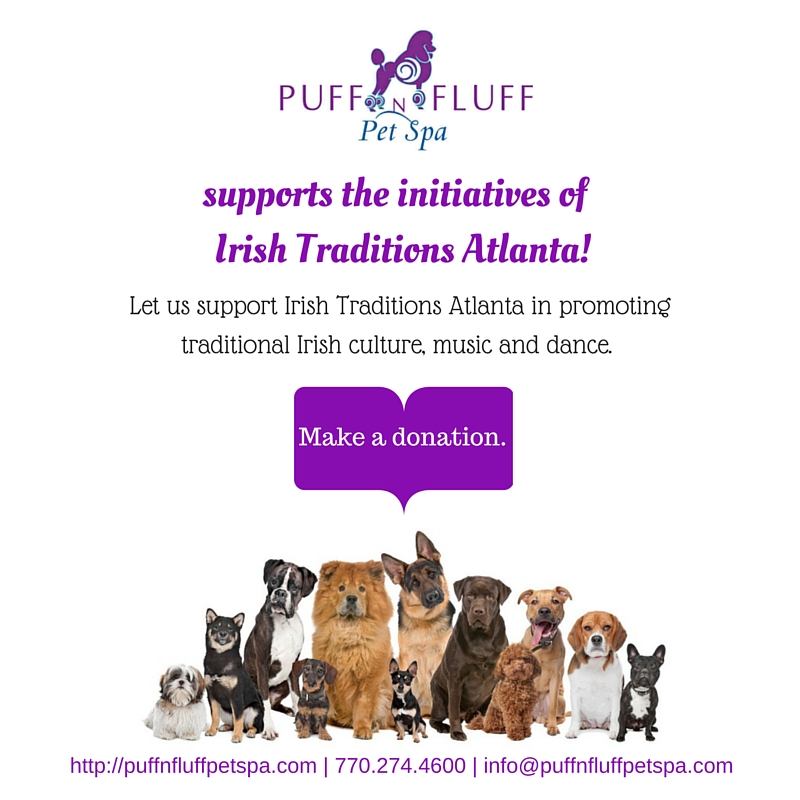 Puff n Fluff Pet Spa had a busy and eventful month! After formally opening our doors to the public on September 28, 2015, and making our first customers happy, we had been supporting various projects and initiatives of numerous charitable institutions in and around the North Atlanta area.

Aside from participating in the TAG-Ed Vine Event and the 2015 ORTBuy Online Auction, we have also supported the 2nd Annual IrishFest Atlanta, an event organized by Irish Traditions Atlanta which aims to restore and promote traditional Irish culture, music and dance.

The 2nd Annual IrishFest Atlanta was held on November 6 and 7, 2015 at the Wyndham Atlanta Galleria Hotel. The festival featured traditional Irish music as performed by artists such as Open the Door for Three, Liz Carroll, John Williams, Shannon Dunne, and a host of talented artists and musicians.

The festival was also filled with opportunities for all ages and backgrounds to learn more about Irish culture, music, and dance. The second day featured the following events:

Proceeds from IrishFest Atlanta will benefit Irish Traditions Atlanta, a branch of Comhaltas Ceoltóirí Éireann, which promotes traditional Irish music and culture around the world.

Irish Traditions Atlanta is a not-for-profit 501c3 organization which aims to promote traditional Irish music in all its forms. It also aims to foster and promote the Irish language at all times, create a closer bond among all lovers of Irish music, and cooperate with all bodies working for the restoration of the Irish culture.